We hear people screaming blog everywhere as the easiest means to make money online, so most people ventured into it to make money as proclaimed by the self-proclaimed gurus around. Though am not writing about that now. 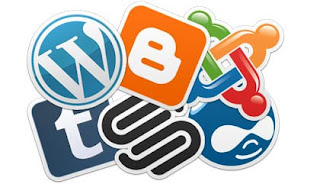 Today, I want to share 8 interesting facts and stats that I found out majority of bloggers don’t know. These facts & stats are:

1. The first blogger in the world was an American Freelance journalist named Justin Hall. He published his first blog in 1994 while he was still in college.

2. The term “Weblog” was coined by Jorn Barger in 1997 to describe the process of “logging the web”. In a famous photo of his, he holds a paper written on it “Coined the word “Weblog”. Never made a dime”!

3. Peter Merholz shortened this term into “blog” in 1998 by using the phrase “We Blog”.

4. One of the main reasons for constantly expanding “blogosphere” is the shift in status of the web-users from being “consumers” to “creators”.

1. Post early! Blog reading is highest (80 percent) in the mornings, peaks at 10 AM and decreases throughout the day

2. There are 31% more bloggers today than there were three years ago.