Most new bloggers don’t want to learn HTML code and how it works.  But HTML is a simple language that anyone can learn & understand in weeks. I have heard many bloggers saying HTML looks like a foreign language but it is a must that you must learn this simple language. Though when I started blogging some years ago, I didn’t know anything about HTML but in the long run I picked up. 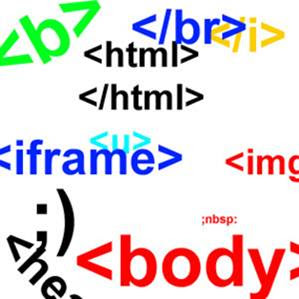 HTML is the acronym of HyperText Markup Language. The World Wide Web knows and understands many languages and it’s coded with many different ones. Since the invention of WebPages the one language that can be found around is HTML. Note that HTML is not a programming but a Markup Language. Today, I wish to teach newbie’s that doesn’t know much or anything about HTML some basic they need to know to help them in the beginning and am sure they will pick up in the long run.

Before I start the basic HTML language that all newbie must know, I need to introduce you to some rules you must observe when working on HTML to avoid errors.

How to Format Text Using HTML

These are tags used for making text in posts Bold, Italic or Underlined.

To create a paragraph
Code=>

How to Create Hypertext Using HTML

At times, using a plain URL on blogs, comment and forum may seem ugly. Creating a hypertext will make it more stylish and will save space in case you have a long link.

For example, if I want to make a hypertext of http://www.justnaira.com and I want it to appear as a Just Naira instead of using the long url. Then you need to follow the rules below.

Note that if any mistake is made, it may result to a broken link.

How to Embed Images Using HTML

If you want to insert a photo or image using HTML on a blog or webpage, you need to use the code below:
Code=>

How to Create Lists Using HTML

Basically there are two types of list, the two types are known as numbered and bulleted lists. To create any type of this list, you need to master these simple codes. Look at the examples below.

By now you must have mastered some necessary HTML code you need to know as a newbie. You can also check How To Use HTML To Create Table In Blogger & WordPress. For more tutorials on HTML you can get HTML, XHTML & CSS For Dummies [Paperback] by Jeff Nobel.