Sudoku is a popular logic based game. Sudoku is also known as Number place in United States. This game first appeared for the first time in the American enigmatic magazine in 1970. The popularity of this game comes in 1986 in Japan and in 2005 Sudoku gains worldwide popularity. Sudoku is enjoyed by majority of people all around the world, addicting millions among younger population. 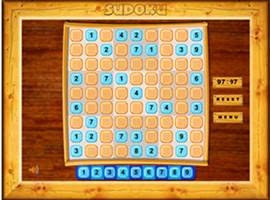 The purpose of this game is to enter any number between 1 to 9 in every field of 9×9 matrix which in essence is composed of nine 3×3 sub matrices called regions. Sudoku game starts with various numbers given in some fields. Each row, column and region must contain one and only one instance of each of the numbers 1 to 9, so to solve a sudoku puzzle requires patience and a lot of logical ability.