In my recent article, I posted all the activation codes and pricing of Airtel Nigeria BlackBerry Internet Subscription. 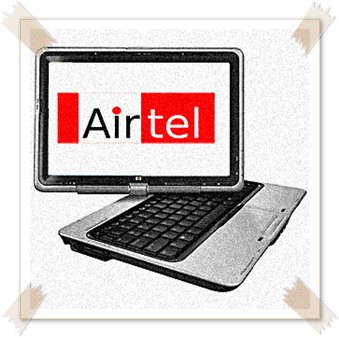 Airtel is the best network to use for browsing as long as I’m concerned, apart from the fact that they have the widest 3g coverage, any Airtel sim with Blackberry Internet Subscription can be used on PC. Unlike other service providers that don’t work like that.

The reason why BlackBerry subscriptions are being used on non-Blackberry devices is because of its cost. Using Blackberry subscription on modems for instance is cheaper to using the normal plans which are quite expensive. 1 Gigabyte of data on Airtel can cost around N3,000, but you can get the 1gb of the same data for N1,200 by using BlackBerry Subscription. You don’t necessarily need a blackberry device to subscribe for any of the plans of your choice.

Recently, Airtel introduced some new plans known as Airtel UNLIMITED BB Plans. The Unlimited plans don’t work on PC unlike the former plans. After subscribing for any of the unlimited plans, if you try using the sim on your modem or any non-blackberry devices, it won’t connect, but if you return it back into your BlackBerry device, it will start working again.

Today, I want to unleash the trick to make Airtel Blackberry UNLIMITED work on pc and other mobile devices without any ado, you have to load 100 naira after subscribing then dial *141*712*11# you will be given 10MB of data and that will activate the Blackberry plan to work on your non blackberry devices such as your PC and mobile devices.