It is a known fact by all that Facebook is the largest social networking site in the world with over 1 Billion users worldwide. In the past, I have written series of posts on Facebook and Social Media at large but today I want to share a funny post a friend of mine shared on Facebook about the 12 types of Facebook Users. 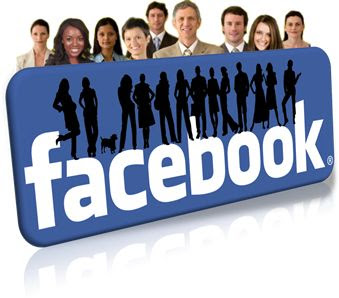 Among this types of Facebook users, our friends fall among one of the categories of people listed below and including you. So at the end of this list I want everybody to be sincere and just share the category he/she belongs to via the comment box.

1) The “Lurker” – Never comments or posts anything, but reads everything, & might make reference to your status if they see you in public.
2) The “Hyena” – Doesn’t ever really say anything, just LOLs and LMAOs at everything.
… …
3) “Mr/Ms Popular” – Has 4367 friends for NO reason.
4) The “Prophet” – Every post makes reference to God or Jesus.
5) The “Thief” – Steals status updates… and will probably steal this one.
6) The “Liker” – Never actually says anything, but always clicks the “like” button.
7) The “Hater” – Every post revolves around someone hating on them, and they swear people are trying to ruin their life
8) The “Anti-Proofreader” – This person would benefit greatly from Spellcheck, and sometimes you feel bad for them because you don’t know if they were typing fast, or really cant spell.
9) “Drama Queen/King” – This person always posts stuff like “I can’t believe this!”, or “They gonna make me snap today!”, in the hopes that you will ask what happened, or what’s wrong…but then they never finish telling the story.
10) “Womp Womp” – This person consistently tries to be funny…but never is.
11) The “News” – Always updates you on what they are doing and who they are doing it with, no matter how arbitrary.
12) The “Rooster” – Feels that it is their job to tell Facebook “Good Morning” every day.