Mark Eliot Zuckerberg (born May 14, 1984) is an American computer programmer and internet entrepreneur. Mark was an undergraduate in Harvard when he started is social networking site Facebook. Mark Zuckerberg story inspires me every day because he’s the youngest billionaire in the world with an estimated personal wealth of $17.5 billion as of 2011. 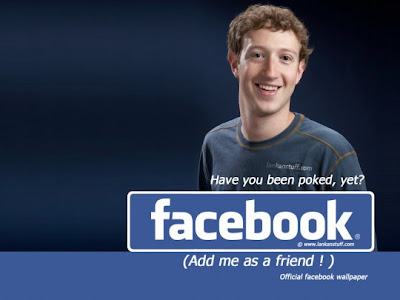 Most people thought Mark Zuckerberg became a billionaire overnight, built Facebook with just a snap of fingers. The truth is that they are wrong. Mark success wasn’t overnight; it was as a result of his dream, desire and wiliness to sacrifice all. “Desire is the starting point of all achievements.” – Napoleon Hill

Have you ever asked yourself how Mark Zuckerberg developed the idea for FaceBook.com? How did Mark Zuckerberg rise from nothing to become the youngest billionaire in the world? What lessons can be drawn from the startup story of Mark Zuckerberg and his Facebook Company? If you want to unveil the answers to these questions, then read on.

Dream is the starting point of all great achievement. All great achievers like Martin Luther King Jr, Alinko Dangote, Nelson Mandela, Bill Gates, Steve Jobs all had a dream. Though Facebook started as a small project, Mark dream wasn’t small. Marks friends see Facebook as a college project but Mark sees Facebook as worldwide project. Remember that the level of your success will be determined by the level of your dream, so dream big.

2. Start from where you are

You don’t have to be financial buoyant before you start, you can start small with what you have in your hand. Mark Zuckerberg started from his dormitory with little capital and sweat equity, but today, he’s rank the youngest billionaire in the world. Don’t be discouraged of your humble beginning, start that dream with what you have today.

3. Start believing in yourself

4. Do what interest you most and be committed

If you want to imitate the success of Mark Zuckerberg, you will need to do what you find easy and interesting to you. Mark Zuckerberg was a committed person, a person driven by passion. Passion and commitment keeps you going when everybody says you can’t make it.

5. Be ready to be criticize

Before you can be successful, you must be criticized. Mark Zuckerberg never refuses to give up when he was faced with criticism. If you want to have good success, you must be ready to face criticism and never give up on your dreams and visions. Instead, use criticism as stepping stones into the climax of your calling.

6. Be diligent in your dealings

“I guess we could. If you look at how much of our page is taken up with ads compared to the average search query. The average for us is a little less than 10% of the pages and the average for search is about 20% taken up with ads. That’s the simplest thing we could do but we aren’t like that; we make enough money. Right, I mean we are keeping things running; we are growing at the rate we want to.” – Mark Zuckerberg

If you want to be successful, you need to be diligent in your dealings. Almost all successful entrepreneurs and billionaires make it through hard work. Before the sweetness of success comes sweat.

“See thou a man diligent in his business? He shall stand before kings; he shall not stand before mere men.” – Proverbs 22: 29

7. Don’t be afraid of the giants, instead challenge them.

Mark Zuckerberg wanted Facebook to be the heart of the internet but he had an obstacle; an unmovable well established giant and that giant was Google. Was Mark afraid to take Google head on? The answer is no. Sometimes, success can be found at the feet of the giants; in the den of lions and only the brave can go for it. That’s why courage is one of the characteristics possessed by successful entrepreneurs. Without courage, there will be no risk taking, no risk no success.

8. Be focused and stay glue with your vision

“The thing I really care about is the mission; making the world open.” Mark Zuckerberg

The reason why Facebook was able to withstand Google was because Mark Zuckerberg focused on fulfilling Facebook’s mission. Successful people such as Bill Gates, Steve Jobs and Andrew Carnegie repeatedly emphasized the need to be focus and concentrate. Always try your best not to waste your time on unproductive ventures; rather spend your time on thing that is profitable.

9. Learn how to take the risk

“Without the element of uncertainty, the bringing off of even, the greatest business triumph would be dull, routine and eminently unsatisfying.” – J. Paul Getty

“In today’s rapidly changing world, the people who are not taking risk are the risk takers.” – Robert Kiyosaki

“You must take risks, both with your own money or with borrowed money. Risk taking is essential to business growth.” – J. Paul Getty

10. Remain glued to the process

“In the game of entrepreneurship, the process is more important than the goal. When you start building a business, you begin a journey, a process. This process has a beginning and an ending and between the beginning and end lays a lot of challenges. You will win only if you remain faithful to the process.” – Rich Dad

As we all know Facebook wasn’t an overnight success and Mark also didn’t become a billionaire overnight. He worked it out for years and he is still working it out. That’s the spirit of entrepreneurship; the spirit of continuity. It all happens step by step. To be successful in life, learn not to quit from whatever good thing you’re doing. Remember that Quitters Never Win and Winners Never Quit

“Press on. Nothing in the world can take the place of persistence. Talent will not; nothing is more common than unsuccessful men with talent. Genius will not; the world is full of educated derelicts. Persistence and determination alone are omnipotent.” – Ray Kroc

Finally, Mark Eliot Zuckerberg is a man like you and I. He was able to achieve it because he dreamed it, planned it and worked it out. Mark Zuckerberg success cannot be associated with luck; his success can be ascribe to his level of persistence and hard work.


Previous Post: Browse Free On Your PC & Mobile Phone Using Glo Network !!!
Next Post: 50 Superb Business Advice From Some Self Made Billionaires
About The Author