A survey recently conducted by NM Incite, a Nielsen company that is specialize in data on social media revealed why people Friend and Unfriend on Facebook.


Read: Top Reasons Why People Unfollow You on Twitter [Infographic] 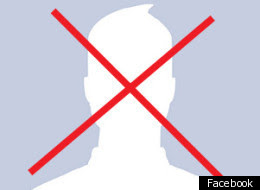 NM Incite revealed that 82 percents of Facebookers always friend people they know in real life while 60 percent connects with mutual friends. They also stressed that Eight percent of survey respondents had friended people because of how physically attractive they are, while 7 percent friend people merely to increase their number of Facebook acquaintances, 7 percent said they “friend everyone,” and 7 percent answered that they will add someone on Facebook because of the “quality of the photo.”

According to NM Incite’s research. People were also more likely to be disturbed by the nature of the content friends shared, rather than the frequency of it: 23 percent said they unfriended people over “depressing comments” and 14 percent unfriended over “political comments,” while just 6 percent unfriended because someone had posted too frequently.

See NM Incite’s infographic below for more reasons why people Fiend and Unfriend on Facebook.

How to Know Who Recently Unfriended you on Facebook