Do you think the billionaires of this world possess what others don’t? Do you need to possess any uncommon trait or unique skills before you can become a billionaire? What trait drives the school dropout billionaires to make it and have good success? People like Mark Zuckerberg, Bill Gates, Steve Jobs and Warren Buffett were they born to become a billionaire? Anyway, read on to find the answers you seek to the above questions.

The simple fact is that billionaires were not born with money nor were they born billionaires at birth. Every billionaire was born like every other human being. But what make them different is that they desire to be different and exceptional. Most of us always thought billionaires made it overnight, but it is not true. Billionaires like Mark Zuckerberg, Steve Jobs and Bill Gates didn’t become billionaires overnight.

People like Ray Kroc started as a salesman, Larry Ellison started as a freelancer programmer, Dhirubhai Ambani started as a petrol station attendant, Jeff Bezos and Steve Jobs started small in their garages. The list is endless, from statistics; almost all billionaires had a humble beginning. They all start small from where they are. 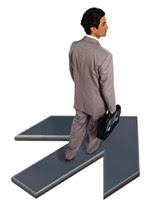 Donald Trump says “I like thinking big. If you’re going to be thinking anything, you might as well think big”.

“I always knew I was going to be rich. I don’t think I ever doubted it for a minute.” – Warren Buffett

From my research, I noticed that most billionaires think big. We are product of our belief and thought.
Billionaires refused to let their dream and creative imagination to be obstructed by race, background, age and sex. The simple truth is that they dreamt big and work towards their dream. Before they emerge to become a billionaire, they desired for it, hungered for it and work towards making their desire to become a reality

“You must take risks, both with your own money or with borrowed money. Risk taking is essential to business growth.” – J. Paul Getty

Today, people detest from taking risk, but billionaires are risk takers and they know how to calculate risks. The secret behind most billionaires today is their ability to taking risk. Billionaires doesn’t detest from risk instead, they put up a strong risk management strategy and then go ahead to take the risk.

“To win big, you sometimes have to take big risks.” – Bill Gates

“The wise man put all his eggs in one basket and watches the basket.” – Andrew Carnegie

One thing about billionaires is that they always focus on what they are doing. Billionaires don’t do many things at once; they always focus on one until they get a result. When it comes to business, billionaires have focus. Bill Gates and Larry Ellison focused on software; Aliko Dangote, the richest black man in the world focused on commodities. Ray Kroc, Dave Thomas and Carl Linder focused on fast foods, Michael Dell focused on computers; John D. Rockefeller and J. Paul Getty focused on oil. Andrew Carnegie and Lakshmi Mittal focused on steel. Sam Walton, Philip Green, Ingvar Kamprad and J.C. Penny focused on retailing. Walt Disney, David Geffen, Martha Steward and Oprah Winfrey focused on entertainment while Henry Ford focused on automobiles. The list goes on and on.

“Diversification is a protection against ignorance. It makes very little sense to those who know what they are doing.” – Warren Buffett

“You don’t have to be the biggest to beat the biggest.” – Henry Ross Perot

“The competitor to be feared is one who never bothers about you at all but goes on making his own business better all the time.” – Henry Ford

Most people fail because they fear competition, but billionaires have believed that competition brings out the best in them.

“When somebody challenges you, fight back. Be brutal, be tough.” – Donald Trump

“And obviously from our own personal point of view, the principal challenge is a personal challenge.” – Richard Branson

“We have always had a pretty competitive ferocious battle with British Airways. It lasted about 14 years and we are very pleased to have survived it.” – Richard Branson