USB flash drives are now being used by people of all ages to store important data. USB flash drives like pendrive, external hard disk, memory card and the rest are portable and easy to carry about, so people use them to store all forms of data. As USB flash drives becomes a means of saving data in an easy and convenient way, so also different USB viruses increase along with it. This post will emphasize on how anyone can recover hidden Files from Virus infected USB Pendrive, Flash drive, memory card, external hard disk and any other USB storage devices. 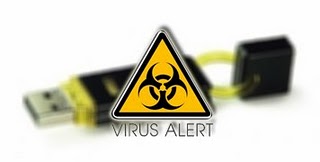 Recently, a friend of mine told me he wanted to destroy his memory card, because all the files he had on it had been duplicated to a shortcut, while the real files are nowhere to be found. He told me the memory card has been corrupted, so he has to destroy it and get another one for his smartphone, and he further says he will be missing some pictures he took during her sister wedding ceremony and the ones he took on vacation. But my response to him was that, the memory card has truly been corrupted by some nasty viruses like Trojan or worm or Win32. sality and so many other malwares, which can duplicate the files and hide the real files. The solution to this isn’t destroying the memory card, since the files could still be restored. So he asked me how he can get his files back. I told him it has happened to me in the past, and the common source of problem like this is when any USB Flash drives such as: pendrive, external hard disk, memory card and the rest are connected to an infected computer. So to unhide those hidden files, you have to follow the processes I outlined in this post.

Before you proceed, check these awesome posts:

Those missing files are not deleted from the memory card or flash drive, it’s just that the virus make it hidden, so the files will be invisible when viewed in a normal way, so it’s like the virus changed the files attribute. So to unhide the files, am going to provide you with the two tested methods I’ve once used and work. The first method doesn’t require any software, and it works, while the second method requires software, which you will be provided with the download link.

How to Recover Hidden or Missing Files on USB Storage: Manual Method

I named this method manual method because no software would be required; all you’ve got to use is the default command prompt available on all windows pc.

==> Plug your USB Pendrive or Memory Card or whichever USB storage that is affected, and then go to my computer page to note the drive letter.

==> Use WIN+R key on your computer keyboard to launch run command box, type CMD and then hit enter button. If you don’t know the WIN key, it’s shown in the image below:

==> You will need the drive letter noted earlier here. For instance, if the drive letter I want to repair is H:, then I will type H: into the command prompt, and then type attrib -s -h /s /d *.* (make sure there is space between each elements in the code). See the image below for more understanding:

After following the steps outlined above, now check your USB memory card or flash drive or pendrive or any other USB drives you’ve inserted to see your missing/hidden files back in their various locations.

How to Recover Hidden or Missing Files on USB Storage: Using Software