Wikipedia is a website where free-content encyclopedia is written collaboratively by people who use it. Co-founder of Wikipedia, Jimmy Wales described Wikipedia as “an effort to create and distribute a multilingual free encyclopedia of the highest quality to every single person on the planet in his or her own language.” Wikipedia is also said to bring knowledge to everyone who seeks it. 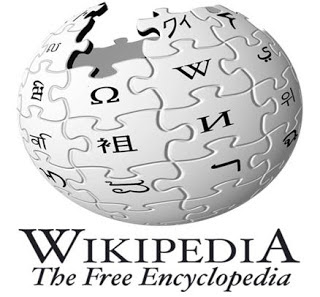 Today, I want to share the top 100 most viewed article on Wikipedia English edition in 2012. This statistics was released on Wikimedia’s toolserver. Facebook took the highest position with 32,647,942 views, followed by Wiki with 29,613,759 views while Death in 2012 took the third position with over 25.4 million views. Below is a screenshot that contains the list of the 100 most viewed English articles on Wikipedia in 2012.

You can also check: 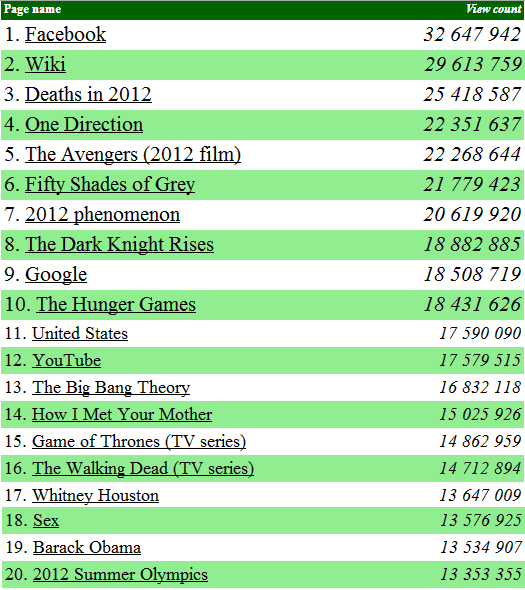 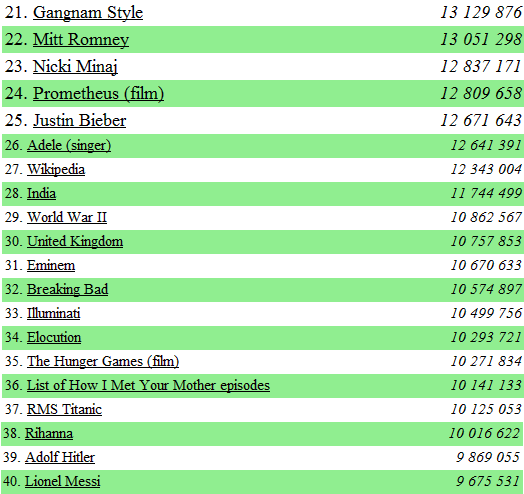 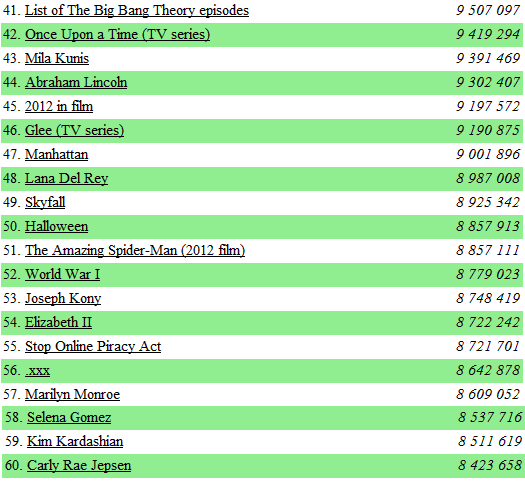 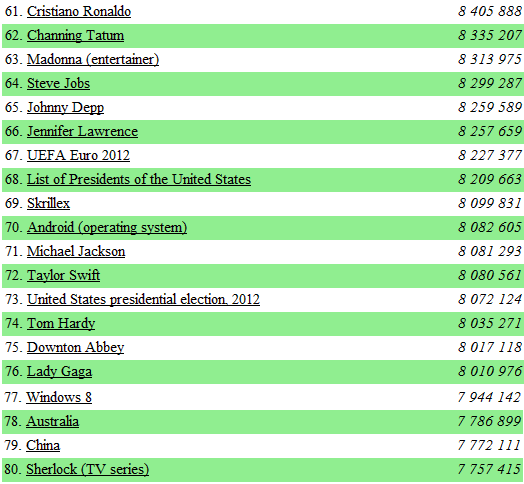 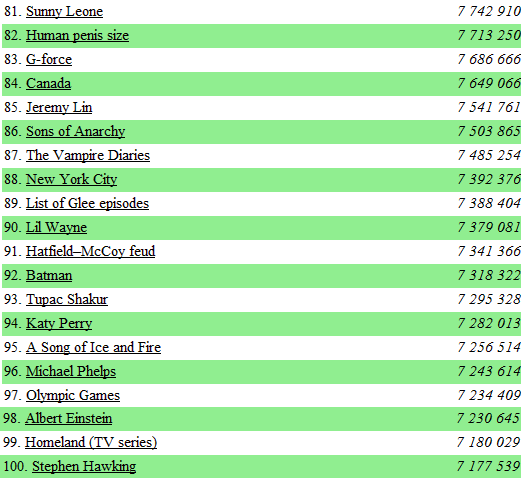