For some days now, people have been ranting on various social networks about the seizure of Liberty Reserve by the United State. I check out the website and truly what I saw was the nifty image below. 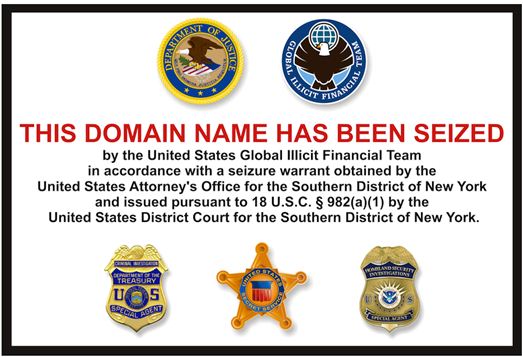 Though I don’t have much money with them, I only had $20, but I know of friends that have thousands of dollars with liberty reserve. Some of them are exchangers, some participated in businesses like forex, betting and the likes. The sad story is that liberty reserve is down for now. When I checked some news website for reasons why LR website was seized, it was reported that the owner engaged in predominant digital form of money laundering used by cybercriminals worldwide.

It was reported that Liberty Reserve has allegedly moved, stored, and laundered over $6 billion from over one million users who range from your workaday hacker and identity thief to large syndicates involved in drugs, bank robbery, child pornography, gambling, human trafficking, and other delightfully illicit activities since its inception in 2006.

The prosecution of Liberty Reserve will be the largest international money laundering case in the history of forever and it further shows how the internet, with its newfangled monetary creations and anonymity can serve as the locus of all sorts of shady transactions.

To open an account with Liberty Reserve, you did have to provide basic information, but the website did nothing to verify that info. So your email address, messsss@mon.ey, and your address, 123 Fake Street, fake city, Nigeria, would do just fine. LRs could be transferred to any other Liberty Reserve user, and online merchants could accept LRs as payment for goods and services. What Liberty Reserve got out of it was a 1 percent commission. For an extra 75 cents per transaction users could hide their Liberty Reserve account numbers, effectively making the transactions entirely untraceable. BAM.

In order to add another layer of remove, Liberty Reserve did not allow users to directly withdraw or add money to their account through credit cards or wire transfers. Instead, you had to go through an “exchanger.” These third parties were individuals who bought LRs in bulk from Liberty Exchange and sold and traded with individual users. So the system has no centralized database of user information and nothing linking users and accounts in legitimate banking institutions.

Who are these exchangers? It appears they were murky-ass folk living and working outside of mainstream monetary institutions in countries like Russia, Malaysia, Nigeria, and Vietnam. Presumably a lot of these guys are sitting on now worthless, and potentially criminal, piles of LRs, and the vital information about who all these users actually were.

The government is seeking the forfeiture of the more than $6 billion that Liberty Reserve allegedly served as a conduit for. Recovering those funds seems like a long shot, as bank accounts in Cyprus, Spain, Morocco, Australia, and other far-flung locales are listed in the indictment. Details that come out in the discovery phase of this case should be juicy. Stay tuned.

Do you think this is right? What of those who don’t participate in any form of shady business and yet lose their hard earned money.


Previous Post: Add Skype Button to Your Blog to Receive Voice Calls & Instant Messages
Next Post: How to Check Apple Service and Support Coverage
About The Author