Viruses and Spywares programs can be used to attack our computers, so it is necessary for every computer users to guard their PC against dangerous programs like viruses and malwares by installing an Antivirus program on their PC. 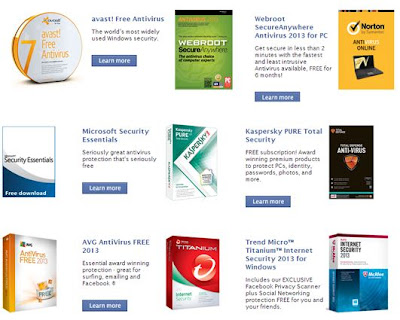 To get any of the antivirus programs on either your PC or Mobile Phones, just follow the steps out lined below.

Steps to Get Any of The Facebook Free Antivirus

Note that some of the antivirus programs provided by Facebook only have 6 months serials, you need to read the details of each software very well before you proceed to downloading it.


Previous Post: Download Windows 8 For Dummies PDF E-book By Dell for Free
Next Post: ClickBank Alternatives: Proven Ways Nigerians Can Sell Information Products To Anyone Online
About The Author