The facts remains that whenever a new software or hardware is released, users finds it difficult to get accustomed with the new released at first, as they tend to work in a slightly different manner to which users were formerly used to. So also in the case of Windows 8, there are some changes in the new OS that differentiate it from previous versions of Windows. 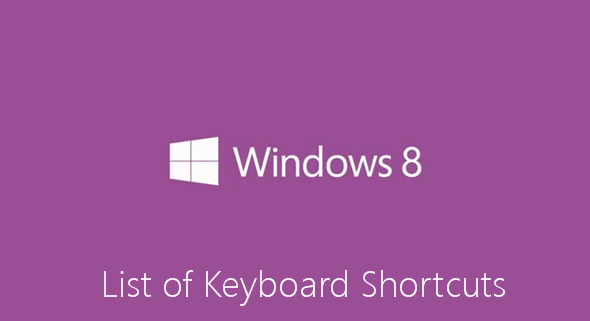 I must confess, when I first came across Windows 8 and Windows Server 2013, it seems a little daunting at first as I had a hard time finding my way around. Where is the command prompt? How to shut down/restart the machine? Has the Start button gone missing? And many other thoughts wandered in my heart. So after some searching, I was able to find some great Windows 8 keyboard shortcuts on the internet and they really made things easier.

For those using Windows 8 on touch screen devices, they will find it easier to navigate the OS. But for those who use Windows 8 in normal way rather that touch screen, the OS can be a bit difficult to understand. With the knowledge of correct keyboard shortcuts, users using non touch screen devices would be able to work incredibly faster, convenient and more efficiently.

Below are the list of Windows 8 keyboard shortcuts to save users time and efforts. But before I list them out, I need to let you understand that if you are new to using keyboard shortcuts, all the shortcuts listed below involves holding the Windows key and tapping the appropriate letter key on your computer keyboard. Look at the image below if you don’t know the Windows Key.

These compilations of windows 8 keyboard shortcuts should be enough to using Windows 8 for users without touch screen devices.

Now, it’s your turn to share any windows 8 keyboard shortcuts you know via the comments section below.