I’ve been receiving queries such as: how to use Glo BIS on PC? does Glo Blackberry data plans work on PC? and many others. So today, I want to share a simple tutorial on how I was able to use my Glo BIS on my BlackBerry and at the same time use it on my PC. 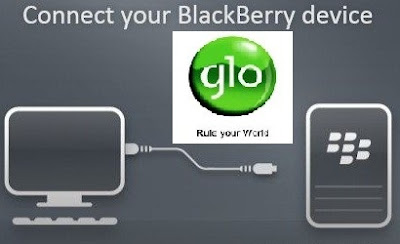 The fact is Glo BIS works well on PC. I have a friend that has been using it for the past three years without any problem. I also tried it and it works, but due to some difficulties with Glo network in my area, i resorted back to MTN Night Plans.

You need the following to be able to use Glo BIS on PC:

Check: How To Use MTN BIS on PC

You can buy the BlackBerry Desktop Software from the market or download it online from here.

After the installation of BlackBerry Desktop Software, go to Tools >> Mobile Internet Settings to create a new connection settings using blackberry.net as the APN and *99# as the access number. Now connect your phone to your computer using the USB cable and then finally click on Mobile Internet to connect to the internet.

For questions related to this, use the comments section below.

Previous Post: The 4 Secrets of Successful Self-Employed
Next Post: Top 5 Websites to Create Animated GIF Online for Free
About The Author