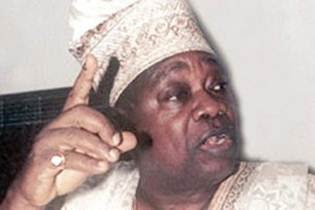 Below is an excerpt of President Goodluck Jonathan’s speech made today during a nationwide broadcast:

“It is also in this regard that the Federal Government has decided that late Chief M.K.O. Abiola be honoured, for making the ultimate sacrifice in the pursuit of justice and truth. Destiny and circumstances conspired to place upon his shoulders a historic burden, and he rose to the occasion with character and courage. He deserves recognition for his martyrdom, and public-spiritedness and for being the man of history that he was. We need in our land, more men and women who will stand up to defend their beliefs, and whose example will further enrich our democracy. After very careful consideration, and in honour of Chief M.K.O. Abiola’s accomplishments and heroism, on this Democracy Day, the University of Lagos, is renamed by the Federal Government of Nigeria, Moshood Abiola University, Lagos. The Federal Government will also establish an Institute of Democratic Studies and Governance in the University.”

From the report we had, thousands of students of University of Lagos are currently protesting the change of name saying the president’s decision is the worst he had ever taken and they would rather prefer the school named after the late VC Babatunde Sofoluwe rather than MKO Abiola.

Students are now outside the University main gate and they’ve created a human blockade to all vehicles trying to access the school. Students insist the acting VC must address them and they are chanting “We no want.”

Below are photos of the protest scene at UNILAG: 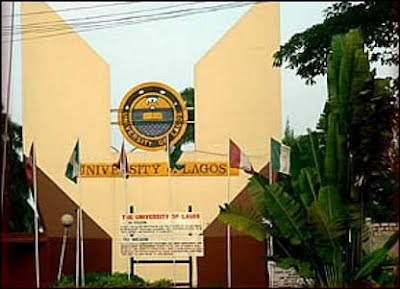 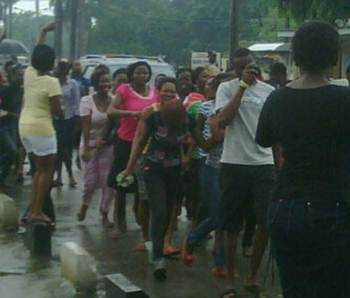