Bitdefender is an excellent anti-malware software and its performance was confirmed again in September with the latest results from independent testing. The anti-virus company has the highest year-to-date score in AV-TEST’s rigorous, independent trials, beating competitors including Norton, Kaspersky and McAfee the independent lab’s test results.

Before we move on you may like to read:
Facebook Free Anti-Virus Offer for Mobile Phone and PC Users
5 Top Sites to do a Quick Free Virus Scan
AVG 2013 Anti-Virus [Free Edition]
Check if You Anti-Virus is Working or Not

BitDefender 60-second virus scanner comes in a tiny 156kb installer file, after downloading the installer file, run it to download and install the Bitdefender 60-Second Virus Scanner in your Program Files folder. This will consume around 30mb of your computer disk space.

After installation, click on Start Scan button to safely start scanning your computer for any active threat. 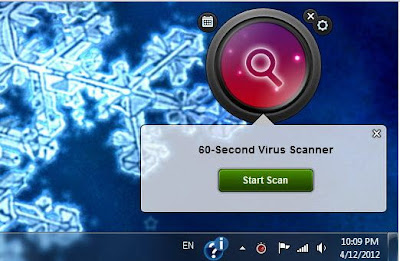 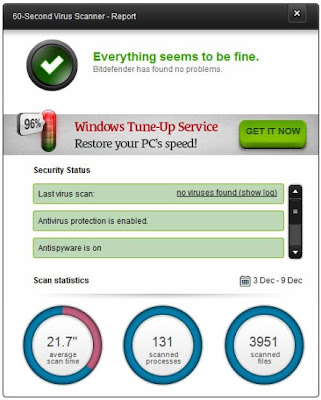 BitDefender 60-second Virus Scanner has “virtually no impact” on a user’s system performance and can silently work in the background and the product works whether another antivirus software is installed on your computer or not.