Etisalat Nigeria is known for introducing exiting ways to reach out to its ever growing subscribers. Etisalat has come out in a new dimension this time with a new and interesting competition called “GET UR GEEK ON” photo contest. 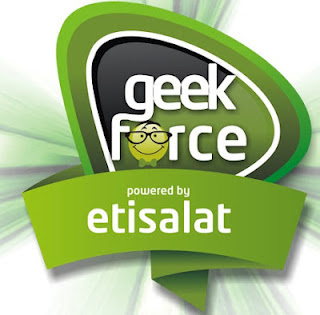 This contest is for all Etisalat subscribers to show how “geeky” they can be by getting in touch with your geeky side, dress up as geeks and pose for a photograph, for a chance to win a Blackberry or other exiting prizes. Can you see that you’re equal to the task?

How to Participate in the Etisalat Get Your Geek on Competition

1. You must follow @etisalt_9ja on twitter
2. You must dress up as a GEEK
3. Then take a picture inside any Etisalat Experience centres
4. The GEEKY picture taken must be uploaded on twitter and use the hashtag i.e #iGEEK

A panel of 14 geeks will rate the photographs of participants and shortlist the top 10 photos (5 males and 5 females). Etisalat twitter followers get to vote for their favorite 2 from the top 10

The two winners of the “GET UR GEEK ON” photo contest would win a blackberry device each, while the next top three go home with Etisalat branded items (modems, t-shirts, pens, notepads, and wristwatches).