This leaves her N 2,860:00k which she uses to pay back some of the money she borrowed from her sister to make the down payment of her 2-year rent. She also contributes N1000:00k to the staff cooperative. 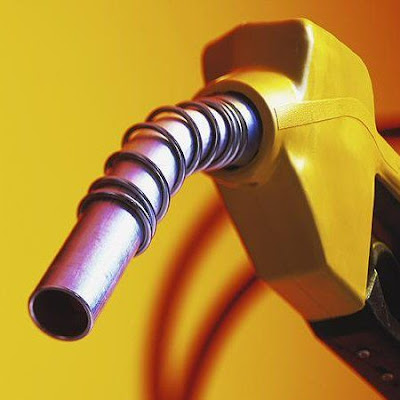 Of course, some Crude Oil is refined in Nigeria to produce Petrol.
Therefore, we can say that the Petrol used by Nigerians comes from two sources:

An important question to ask is how much Petrol do Nigerians consume daily?
On the average 294,000 barrels.

The four local refineries are operating at, again on the average, 21% of their capacities.
This means they provide, at most, only 93,450 barrels every day.

If they run at only 66% of full capacity, they would meet the need of all Nigerians and the pump price of fuel would be about N30:00 only.

What has the Government done to ensure that the four refineries run at full capacity?

What about the private operators who were given licenses to run refineries?

Anyway, since the locally refined Petrol does not meet the need of Nigerians, at least 200,550 barrels need to be imported.

What then is the cost of imported Petrol per litre?

What has the Government done to increase the capacity of our ports and improve their efficiencies?
So, the cost of Petrol per litre increases to N121:99k

The Petrol is not transferred directly from the ships to trucks.

The Petrol is usually first stored in depots, which charge N3:00k

Then there is an Administrative cost of 15kobo

There is a Bridging Fund of N3.95k

Then the dealers add their margin of N1.75k

The transporters add their own margin of N2.75k

Finally, the Petrol stations generally add their margin of N4.60k

Why then is Petrol sold for N65:00k (when there’s no Fuel Scarcity, Black market)?

Because the Government pays the remaining N75:00k, more or less, on every litre that is bought.
This N75:00k is the subsidy which the government wishes to stop paying because:

They say they cannot continue to give Nigerians money forever; Government says it would become broke.
They say they need the money to build roads, fund health services and education etc.

Therefore, as from next year Nigerians would have to start paying about N140:00k per litre of Petrol.
What would be the effects of this?
N140:00k is about 215% of N65:00k therefore the cost of Petrol will more than double.

What does this mean?
Generally, Nigerians spend about 63.8% of their monthly income on food and about 4.2% of that income on transportation.

Therefore when all transport fares double, at the very least, and assuming a 10% increase in percentage of income spent on food due to increasing food prices, Nigerians would then spend 73.8% on food and about 8.4% of their incomes on transport.

This leaves only 17.8% of incomes to spend on Housing, Water, Electricity, School fees, and Hospital Bills.
But because the Landlords have to increase rents in order to be able to feed their families, and PHCN, Schools and Hospitals are going to have to increase their bills in order to be able to pay their staffs that also have families to feed, 17.8% won’t only be too small, it would be grossly inadequate:

People have to eat first and that would leave almost nothing left over.
The Government says it would offset some of this burden by increasing the minimum wage.
An increase in minimum wage is also an increase in the salaries of Senators, Special Advisers, Political Aides and so on.

The rise in prices is also called Inflation.
One of the major aims of the Central Bank is to combat inflation, but all efforts to achieve that end would be undermined by the subsidy removal. The Central Bank is going to fail in one of its major functions.

The removal of the fuel subsidy in and of itself is not tied to job creation in any way therefore there would be no compensation for Nigerians in terms of Unemployment reduction.

Learn How You Can Start Making Money In Nigeria with Little or No Start-up Capital.


Previous Post: How to Get #500 or More Worth of Airtime Daily On MTN Till 2012
Next Post: Best Collections of Merry Christmas Messages 2021
About The Author