Windows OS is the most used and popular operating system in the world. The latest version of Windows (Windows 8) is on its way. 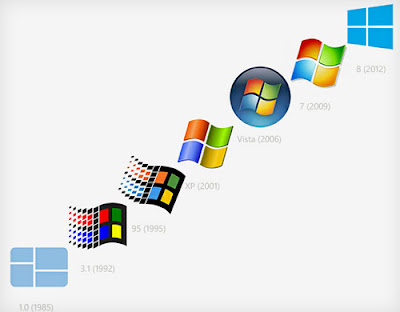 Microsoft, the company that started windows in 1985 started with Windows1.0 and later Windows 95, Windows 98, Windows 2000, Windows XP, Windows Vista, Windows 7 and the latest, Windows 8. Windows in 2012 is so much amazing and awesome. Below is an infographic that explains how windows started rocking this world from 1985 till present.