Mohandas Karamchand Gandhi, also known as Mahatma Gandhi, was born in Porbandar in the present state of Gujarāt on October 2, 1869. He was an Indian nationalist leader, who established his country’s freedom through a nonviolent revolution. During his lifetime, he was known for leading the struggle for Indian independence from Great Britain through his campaign of passive resistance and noncooperation, known as Satyagraha (Sanskrit for ‘truth and firmness’). 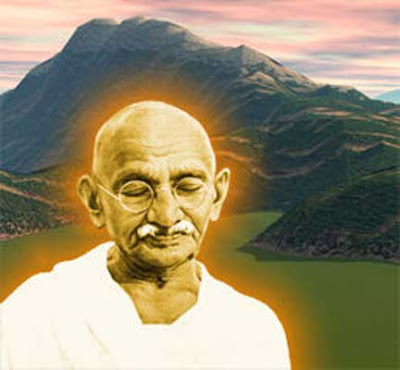 His life has been a great source of inspiration for so many people. One of my favorite quote among Gandhi’s quotes is “An ounce of practice is worth more than tons of preaching”. I further translate this quotes to “An ounce of executed and tried idea is worth more than tons of ideas that have never been tried”. So whenever am ruminating on an idea for a longer time and I remember Gandhi’s quote, I immediately execute it instead of contemplating on it. You can get Gandhi’s Famous Quotes from LegendQuote Blog.

Today, I want to share an infographic that explains some great facts about Mahatma Gandhi that may be unknown to you. Enjoy the infographic below. In case you were unable to view this on your phone, try going on PC to view it clearly.